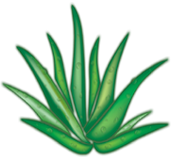 Back to Extract Aloe

Aloe is a heat-loving plant that freezes even at 2 ° C. It has adapted to life in the conditions of the desert and semi-desert. In severe drought, aloe forms huge fleshy leaves with a mucous core, which helps to accumulate large amounts of moisture. It grows in places with a high percentage of iron in the sand lying on the surface of the desert, where the soil dries out so much that it looks like stone. It grows naturally in the southern parts of Africa – in the Caru Desert. From its succulent leaves is obtained the so-called sabur (lyophilized aloe vera juice) with an extremely bitter taste.
There are several main commercial varieties of sabur depending on the type of aloe and the region of origin:
»from cap-aloe(Cape) from Aloe ferox Mill, and its hybrids (origin South-East and South-West Africa);
»From curacao-aloe or barbados-aloe from Aloe barbadensis Mill (originating in North America, cultivated since the 12th century in the Antilles and Venezuela);
»From aloe perryi Backer, soc Aloe cotrina Lam (East Africa, Cape of Good Hope, Socotra Island, Somalia);
»From Zanzibar-aloe;

The healing properties of aloe and the sabur obtained from its leaves, were known to the ancient Greeks, Romans and Arabs. The Arabs believed that aloe was a symbol of patience because it did not fade for a long time (patience in Arabic means “saber”, hence the name “sabur”). Aloe is widely used in both scientific and folk medicine, as well as in veterinary medicine.

Sabur is a drug officially included in the pharmacopoeias of many European countries. Its main application is as a laxative (cleanser).

Barbados-aloe and cape-aloe are included in the British Pharmacopoeia as stimulants and laxatives.
In Asian medicine are used leaves and resins of Aloe vera – Aloe vera L.
In Russia and the former republics used Aloe vera –Aloe arborescens Mill. , known as the houseplant “centenarian”.
In huge open plantations Aloe tree is cultivated in the coastal parts of Georgia and in the region of Odessa. 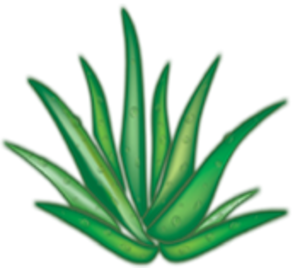 Three types of raw materials are obtained from Aloe :
»fresh Aloe leaves;
»Dried aloe leaves;
»Fresh lateral growths;
In the first case, the leaves are collected during the summer season from only 2-4 year old plants and are used no later than 24 hours after their collection, or after conservation by the method of Academician VP Filatov.

Composition of the active substances:All types of aloe used in medical practice contain complex, bitter-tasting glycosidic compounds, etc. glycosides (and their mixture is called aloins). When they break, arabinose and aloe-emodin-anthraquinone or trioxymethylanthraquinone are formed. In addition, aloe juice contains organic acids (oxalic, aloetinic, etc.) and also – resins, tannins, essential oils, vitamin C, carotene, lectin (suppresses the development of cancer cells), aloe-emodin (promotes development). of normal cells and tissues, but not in malignancies).
All types of aloe contain C-glycosides and resins. The main component is barbaloin, a 10-glucopyranosyl aloe-emodin-anthrone, the content of which can vary widely depending on the season. In addition, they contain up to 20% resinous substances with a laxative effect. They are represented by C-glycosides derived from chromone (aloesin A) or from derivatives of 6-phenylpyran-2-one (aloesin A and B).

All types of raw material obtained from aloe leaves contain anthracene derivatives, but only canned leaves by the method of Academician Filatov contain biogenic stimulants.
This is a method of increasing the concentration of biologically active substances in tissues of plant origin. Academician VP Filatov found that if in isolated plant tissue (aloe leaf) is placed in unfavorable conditions – in complete darkness, at low temperatures up to + 3 ° C, and kept there for 20-25 days, it causes complex biochemical changes in the tissue cells, as a result of which special biologically active substances are produced – biogenic stimulants , which are able to activate the vital functions of the organism.

Of all the biogenic stimulants, the most fully studied, available and widely used in medical practice is the liquid EXTRACT ALOE in ampoules, obtained by the method of Academician VP Filatov from fresh, biostimulated leaves of Aloe Vera. 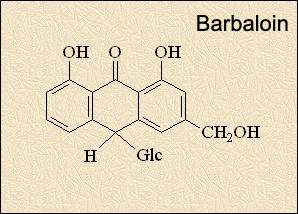 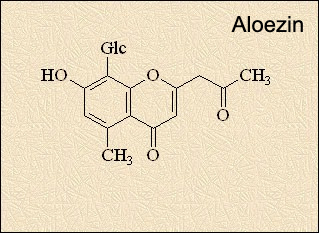 Liquid EXTRACT ALOE  in ampoules is a traditional and well known product. Unlike other products containing aloe, it is obtained by a fundamentally different method and from a substance that complies with the European Pharmacopoeia. Its physiological activity is determined not by the percentage of anthraquinones (recalculated in barbaloin), but by the method of production developed by Academician VP Filatov in the 1940s.

Daitwie: Strengthens the processes of resorption and regeneration and increases the protective forces of the macroorganism. Under the influence of the extract, the activity of proteolytic enzymes increases. It activates the metabolism in the tissues due to the increase of the tissue permeability and stimulates the regeneration processes.
Of all the products containing aloe, only the liquid EXTRACT ALOE  in ampoules, obtained by the method of Academician VP Filatov has immunostimulating and regenerating action.

Ingredients: Each ampoule contains an extract of fresh leaves of Aloe Vera – 1 ml pre-preserved in the dark and at low temperature by the method of Academician VP Filatov.
Excipients: sodium chloride – 0.8%
Under the conditions of production as a result of adaptation processes in the leaves of aloe are formed biogenic stimulants. There is evidence that malic and tartaric acid accumulate in the preparation thus obtained. Other studies have found that the biogenic stimulants in the extract have an action similar to that of traumatic acid.

Through the multifaceted and beneficial impact on the functions of all organs and systems EXTRACT ALOE significantly increases the non-specific protective forces of the body in:

The ampoules are sterile for better operation and storage of the product  .